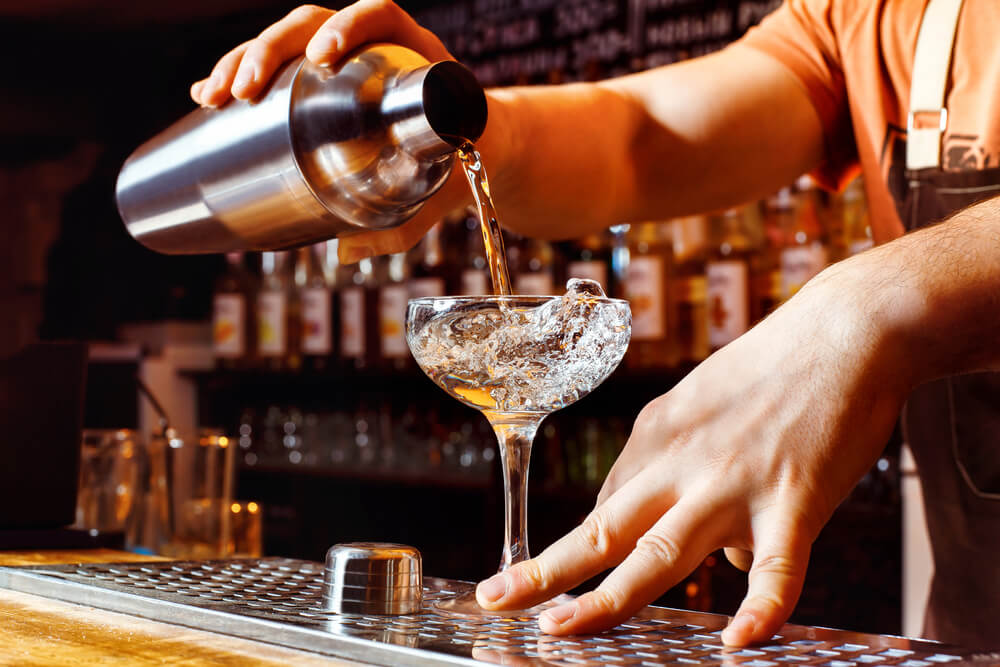 What Are the Components For Making Great Cocktails?

If you’re looking to get into the cocktail game, you’ll be hard-pressed to find a better place to learn than the South. From Alabama slammers to mint juleps, southern cocktails are in a league of their own. Down South, we have a special affinity for cocktails and they’re just as important for a night out as they are for cooling down during hot afternoons.

But before you rush off to find a master of cocktails and southern cuisine near you, start with this article. We compiled everything you need to know to make awesome cocktails into a simple guide. Starting with the basics.

No matter what kind of cocktail you’re making, some elements need to be present. Otherwise, you’re just making mixed drinks. And mixed drinks are not cocktails. If you want to get serious about it, put together a selection of liquors so you can experiment with a wide range of ingredients.

The first, and basic item you need to make cocktails is…

Just about every cocktail starts with some sort of liquor. To start with, you’ll want to stock up on the basics. Gin, whiskey, vermouth, vodka, rum, and tequila are enough to make dozens of different recipes. You’ll soon find out that while liquors are the most important ingredient, they’re also the easiest to mess up. You’ll need a practiced hand to get the amount of liquor the cocktail requires. 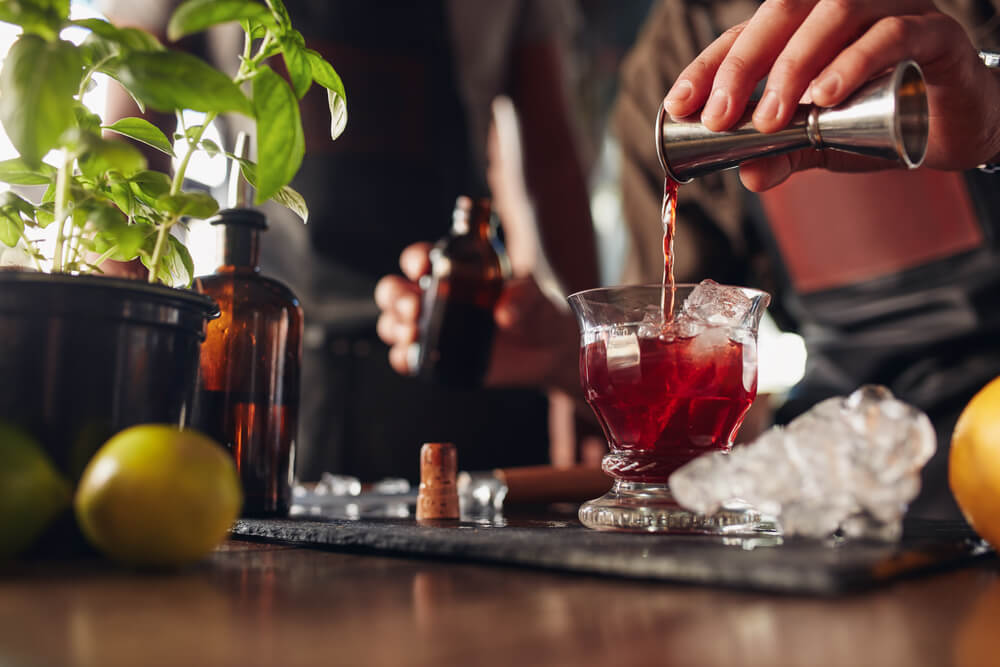 Your choice of liquor is the star of the show, but the supporting cast is just as important. Again, you’ll want to have a good selection of mixers to play around with. Lime juice, tonic, water, orange juice, lemon juice, ginger ale, and club soda are some of the most popular mixers. But don’t stop there. Mixers tend to take up the brunt of your drinks, so you should have plenty to go around.

The point of a cocktail isn’t just to make strong spirits more palatable. They also help set the mood for any gathering and add to the air of sophistication. To that end, you’ll want to stock up on things like maraschino cherries, olives, and various spices to set off your cocktails just right.

Down South, we put ice in most of our cocktails. If you don’t have ice, you can’t make good cocktails, it’s as simple as that.

And that’s what you need to take the first steps to become a mixologist. There’s more to it, but don’t get ahead of yourself. Once you have the ingredients, you’ll also want to put together a few essential tools.

Tools of the Cocktail Trade

Like any good craftsman, you’ll need tools to mix drinks the right way. And one of those tools you just can’t do without is a cocktail shaker. A crucial thing to remember about shakers is that you won’t always be shaking cocktails in them, but we’ll get to that later.

Another key instrument for your mixing cabinet is a jigger. To be completely honest, a jigger is just a glorified measuring cup. But it’s one of those things that you just can’t do without unless you want to look like a complete amateur. It’s typically hourglass-shaped with one side of the hourglass measuring one ounce and the other one-and-a-half ounces.

Lastly, you’ll want a good, old fashioned bar spoon. Contrary to what you might think, most drinks are stirred, not shaken. So, you’ll need a long bar spoon to make sure you get proper dilution with minimal effort. You could also get a muddler, but a bar spoon can stand in for a muddler just fine.

With your tools lined up, let’s move on to the vital components of every true cocktail and how to get them right.

The 4 Components of Cocktail Mixing

The base spirit of your cocktail sets the stage. It’s the centerpiece and it demands that all the other components arrange around it. Almost any spirit can make a good base for a cocktail but the ones listed above are the classics so you can’t go wrong with one of those.

The ingredient you add to smoothen the taste of your base spirit is the modifier. Spirits alone don’t make a cocktail, you the modifier is an integral part of the equation.

Soft spirits like Vermouth, aromatic wines, or liqueurs are common modifiers. In a fruit cocktail, fruit juice or macerated fruit could also be a modifier. The crucial thing to remember about modifiers is that they’re meant to complement, not overpower, the base.

Accents are that little pop of flavor that every cocktail loves. Syrups, a twist of lemon, or fresh herbs are some of the ingredients typically used as accents. Accents tend to be the trickiest of all the components because they have a lot of work to do with just a hint of flavor. An accent should set off all the other ingredients of the cocktail and add a little color too, if possible.

Don’t underestimate how important dilution is to a cocktail or how easily it can ruin it. Whether you’re using club soda, tonic, or even ice, diluting a cocktail correctly is a skill you’ll need to learn with a lot of practice.

You’re almost there, you have the ingredients and the key components of cocktail mixing. All you need now is a few tips and tricks.

Rules are meant to be broken, but don’t break these until you’re a fully-fledged cocktail master: 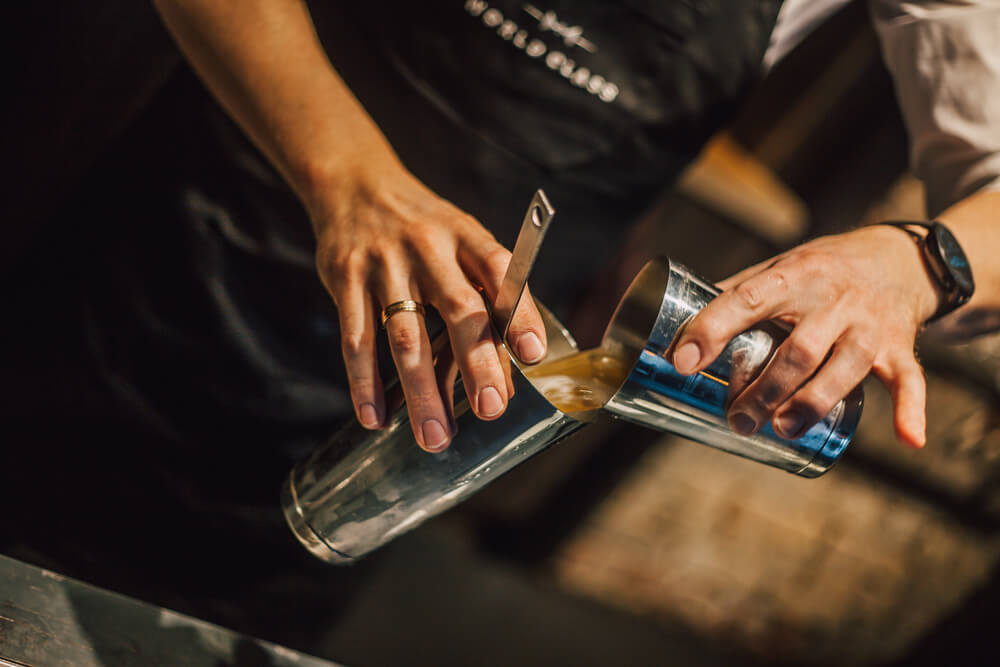 We hope the guidelines in this article get you as excited as we are about making cocktails. They’re a perfect way to start a meal or just enjoy an evening with friends.

If you’re really in the mood for outstanding cocktails, bring yourself down to Root and Bone. We’ll introduce you to some of the best southern-inspired cocktails you’ll ever taste. Try our “Ella Fitzgerald” cocktail, featuring Plymouth Gin, Aperol, fresh lemon, and angostura bitters. Or, how about a “Free Bird” with Olmeca Tequila, dill agave, fresh lime, and fresh orange?