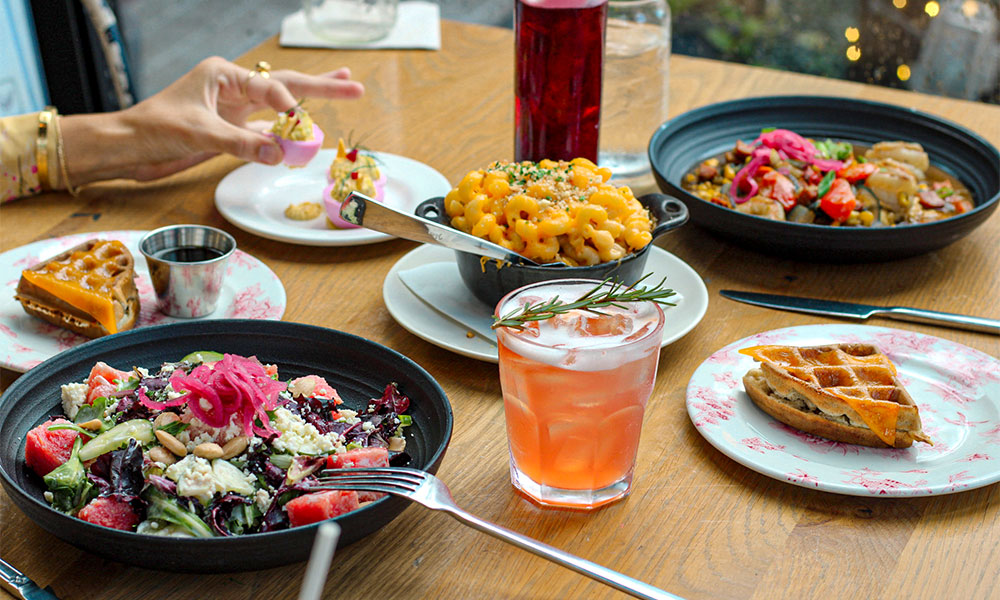 The months of August and September used to be the slow season in Miami. That’s when restaurant owners thought of a promotion to bring in more people into the city. They would offer lower prices in exchange for more traffic. The plan worked, and dining rooms across town were full during these months.

Nowadays, Miami is a destination known worldwide, so it doesn’t lack tourists year-round. However, certain local restaurants still honor the tradition and offer their guests lower prices during the “slow” season.

So, if you want to try the best food in Miami but want to save a couple of bucks, visit Florida at the end of summer and use the promotion period. The best Miami spice restaurants are spread all over town, but we’ve gathered the best in this article.

Keep reading to see which one suits your taste the best.

When is Miami Spice?

Many people have heard about the promotion period but aren’t sure when it starts and ends. Most restaurants lower the selected prices on August 1st and keep them all the way until the end of September.

However, certain restaurants start promoting a bit earlier than the competition. So, the answer to the question of “When is Miami Spice” should be during the months of August and September, but you may stumble upon a few Miami Spice deals outside of this time window.

Let’s start with the best of the best.

Root & Bone is at the top of our best Miami spice restaurants list for many reasons. Firstly, it’s soul food. Who doesn’t love sitting at a table full of mac and cheese, mashed potatoes, fried chicken, and other specialties from the South?

We’re all crazy about this type of cuisine; it’s no wonder this restaurant is known to have the best food in Miami.

This place is owned and operated by two celebrity chefs, Janine Booth and Jeffrey McInnis.

Chef Janine Booth was born and raised in Australia, a pretty decent place to develop a love for cooking all kinds of food. She grew up grilling freshly caught seafood for her family. So, the food was always about gathering the loved ones at a table and enjoying a well-deserved meal.

She traveled through Europe, Asia, and the rest of the world, exploring different cultures and cooking techniques. Eventually, she made her way to Miami, where she worked in all kinds of restaurants. She prepared Southern food, Asian BBQ, Thai food, and many other cuisines in renowned restaurants across town.

In 2013, she made it to TV screens worldwide. She was a part of NBC Bravo’s Top Chef and competed against 18 other supreme cooks of the world.

After that experience, she moved to New York, where she opened her first Root & Bone restaurant with her partner, Jeffrey McInnis.

Jeffrey went through a similar career path as Janine. He grew up in Niceville, Florida, where he spent most of his time cooking and fishing.

He appeared on Top Chef as well and opened a successful Southern restaurant in Miami Beach. In 2013, he started Root & Bone, which was an instant success.

Then, the pair opened a Puerto Rico location, which was followed by a restaurant in Miami. Now, Root & Bone is likely the best Southern food restaurant in the city, and among the best Miami spice restaurants you can find.

Saying that Root & Bone has the best food in Miami is no surprise to anyone who ate there. This place is made to give you the comfort food you’re always searching for, and that precisely is what the chefs accomplished.

Their soul food reminds of the special holidays when grandma used to make dinner for everyone. Who wouldn’t want to come back for more?

Their Miami Spice dinner menu is $42 and features a welcome snack, first and second course, and sweets at the end.

The welcome snack comes in the form of a drunken deviled egg. For the first course, you can choose from grandma Daisy’s biscuits, pumpkin soup, and a few more options.

The second course is the heavy-duty stuff: meatloaf, pork chops, fried chicken, and all that. This is the part where you loosen the belt.

And you get to finish the feast with a slice of key lime pie, just like you should.

What’s Miami Spice without some decent Caribbean and Cuban food? We’ve made sure to include La Canita on this list, as it brings the celebration of rum culture to the Bayside. This restaurant celebrates Cuba, Haiti, Jamaica, Puerto Rico, and similar influences from Central and South America.

Since Miami Spice is held during the months of perfect weather, it’s easy to assume that outdoor venues are going to be a hit. Luckily, La Canita has a spectacular outdoor dining waterfront area with views of Miami waters.

Their all-day menu is quite extensive, so you can choose from hot and cold appetizers, soups, salads, vegetarian dishes, empanadas, sandwiches, fish, meaty meals, and deserts! There’s something for everyone at La Canita.

Our top picks are the grass-fed rib eye, La Canita burger, and the chicken fricassee empanada. Also, make sure to ask about the local fish of the day.

If delicious Cuban food isn’t enough to get you to Bayside, maybe drinks and music will do the trick.

This place has a pretty decent cocktails list, and the bartenders know what they’re doing. If you come during happy hour, you can grab a cocktail for seven bucks and follow it up with Jamaican jerk chicken wings for just $9.

On top of that, La Canita has live music every day. So, whenever you decide to visit, the party will be waiting.

Italian food! It’s hard to get enough of it. Most of Italy’s cuisine relies on carbohydrates, and it’s easy to understand why people can’t stay away from it. Pizza and pasta dishes aren’t something you pass up that easily.

Donna Mare Trattoria is a restaurant owned by renowned Chef Manuel Mattei. Through this place, Manuel tries to keep his childhood story alive and present meals inspired by the pasta dishes he used to make with his mamma.

The restaurant gives off coastal Italy vibes with hints of Miami Beach. It’s a perfect place to enjoy a glass of rosé, a slice of pizza, or a bowl of pasta.

We enjoyed their garlic bread and Margherita pizza and have nothing but good words about the service.

If you’re in the city during the Miami Spice promotion period, visit Root & Bone, and enjoy a homemade meal at a lower price.