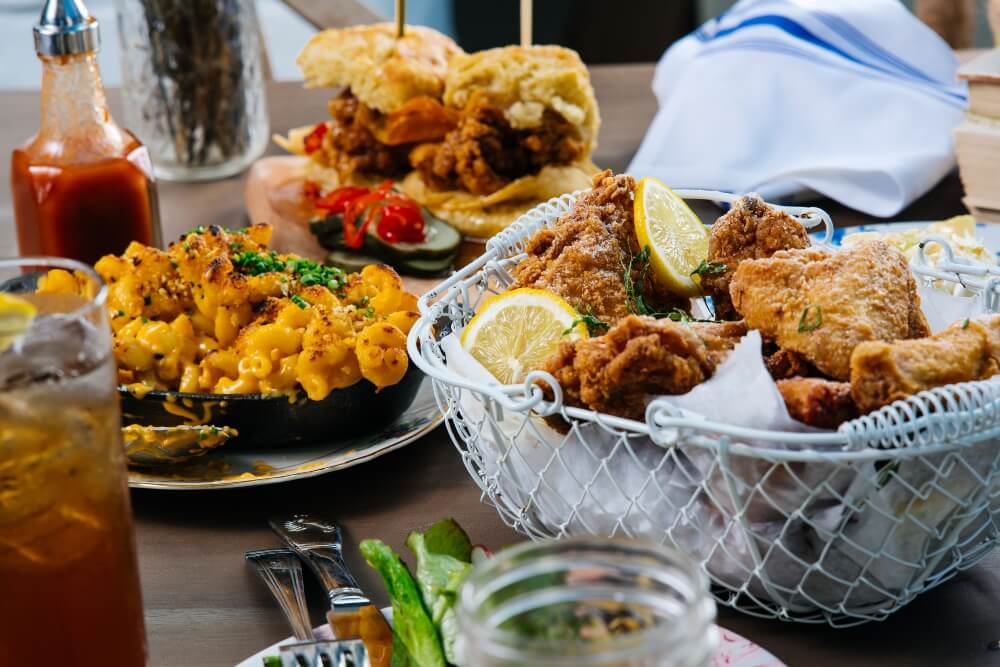 The Lesser-Known History of Brunch

Whether you love it or hate it, the truth is that brunch has been massively growing in popularity, even in countries like Poland or Germany, which hardly belong to the so-called anglosphere. But what is the meaning of brunch? The thing that makes brunch different is the togetherness – you are not supposed to eat brunch alone; you should share this occasion with family members or close friends. Of course, in some cases, this leads to some awkward situations, as can happen during family meetings, however more often than not this is just a great occasion to spend some more quality time with our loved ones.

Brunch has also a very long tradition and that tradition and rather interesting brunch history are what we’ll discuss in more detail further. Keep on reading as we will talk about what brunch is, what time is brunch, what’s the meaning of brunch, the history of brunch, and more.

Perhaps you come from a country or region where the tradition of eating brunch is not that important. If so, let us give a quick summary of what brunch is.

The world “brunch”, as you probably guessed by now, is a portmanteau of the words “breakfast” and “lunch”. And what time is brunch? Brunch is eaten late in the morning and should be celebrated with other members of the family. Usually served between 11 AM and 2 PM, brunch is usually accompanied by a glass of champagne. Normally, both cold and warm appetizers are served for brunch. Brunch may also be served buffet style.

If you’re wondering what time is brunch on a weekly basis, keep in mind that it’s usually served on Sundays.

The History of Brunch

When it comes to brunch history of origin, it’s often said that the inventor of brunch is a man named Guy Beringer. In 1895, he wrote the now-famous article “Brunch: A plea” in which he advocated for a late, social breakfast served on late Sunday mornings, which would also be accompanied by alcoholic beverages. This meal would be consumed after returning from Sunday morning church service, and all members of the household should participate. The meaning of brunch would be celebrating and thanking God for his blessings and the food he provided for the family.

Still, his vision gathered rather a little traction. It was not until three decades later, that the idea of Brunch started to be widely implemented, particularly, across the hotels and restaurants.

In the mid-1920s, brunch started gaining popularity across the United States. It was served to the elites resting in fancy hotels, at the same time becoming popular with the upper-middle class. Brunch enjoyed a steady growth in popularity throughout the decade.

In the 1930s, brunch was widely enjoyed by the middle class all over the United States. Housewives and bachelorettes acknowledged how cheap and easy it is to prepare the brunch dishes, and from that point on, brunch was consumed quite regularly in many households. The most popular brunch dishes at the time included fried bacon slices as well as donuts.

The history of brunch continues as it enjoyed ever-growing popularity during the early 1940s, which only increased by the end of the decade. People acknowledged brunch as a meal and a wise way of socializing and spending leisure time. During WWII, brunch became especially popular, as it was very economical to prepare; this was, of course, extremely important as the times were hard and unstable. Brunch was, as intended, consumed primarily after the Sunday church service.

The 1950s saw a steady decline of Sunday morning church service, and more types of convenience foods began to appear on the shelves. This, of course, caused brunch to evolve. The menu was now a hybrid of homemade and pre-made products like jams or pancake mixes. Coffee was the basic option when it came to the brunch drink, however tea and certain alcoholic beverages also maintained a fair share of popularity. Because of the decline in the church service, brunch for many became primarily a pleasant way of spending time with loved ones, while the spiritual aspects slowly faded away.

The traditional brunch history started to change in the late sixties and early seventies. This period of time also marks the beginning of the “do whatever you want” mentality when it came to brunch dishes. Cookbooks began to differ on what should and what should not be served, and many people actually disregarded the traditional rules completely. From this point on, basically, anything could be served as a brunch – eggs, fondue, casserole, and more.

In the 1980s, brunch grew more popular than any other American culinary tradition. Some researchers reported that eating brunch has become more widespread and popular than consuming Sunday dinner. During this period of time, many hotels and restaurants brought brunch back to their standard menus.

It was only during the 1990s that brunch became a truly global phenomenon. Restaurants began to offer brunch not only on Sundays but on Saturdays (and sometimes Fridays) as well. One of the key reasons why brunch became so popular in the 1990s is faster globalization, particularly the development of the Internet. The world quickly became a global village – at least, virtually – and this allowed people of various cultures and traditions to learn more about each other and share various customs. The 1990s in general are an interesting time period – many of the new global phenomena started gaining traction during this decade.

In the early 2000s, brunch maintained its worldwide popularity and has, perhaps, increased even further. It did, however, nearly completely lose all the spiritual aspects, and has become a purely cultural phenomenon. Sunday morning church service has hardly ever preceded brunch. Many do, however, claim that brunch has “lost its spirit” in the 2000s and became overly commercialized. Various restaurants began offering brunch dishes on a daily basis, instead of having the brunch menu only available on Sundays. The popularity of Friday and Saturday brunches also increased globally.

In today’s world, brunch is seemingly only getting more popular and gaining traction in new countries, like South Korea or Japan. There are now also many new options on how to enjoy brunch, e.g. new dishes, new drinks, etc. – there are now some restaurants that specialize purely in serving brunch dishes. You could say brunch is in a bit of a superposition; while in general, the dishes are very affordable and simple, yet effective, more and more people are looking for something extra, and the restaurants deliver. If you wish, you can order a full brunch course consisting of creme brulee, seafood, warm liver pate, seaweed salad, citrus casket, and a bottle of high-quality champagne – and that’s just a single example of a single course set from a single restaurant. Sure, you’ll have to pay extra, but if you have the money, the world is yours, as they say.

Most likely, the popularity of brunch will only continue to grow, and as the globalization processes accelerate, we can expect even more exotic dish ideas to become mainstream. Of course, there’s nothing wrong with that! To each their own, and if you got tired of the traditional brunch options, it’s a good thing there’s a wide selection of alternatives ready for your enjoyment.

If you’re looking to enjoy brunch with your family and friends, don’t hesitate to pay us a visit at Root & Bone. From our selection of food and drinks to the relaxing and welcoming atmosphere, we’re positive you’ll enjoy the experience we provide to the fullest.