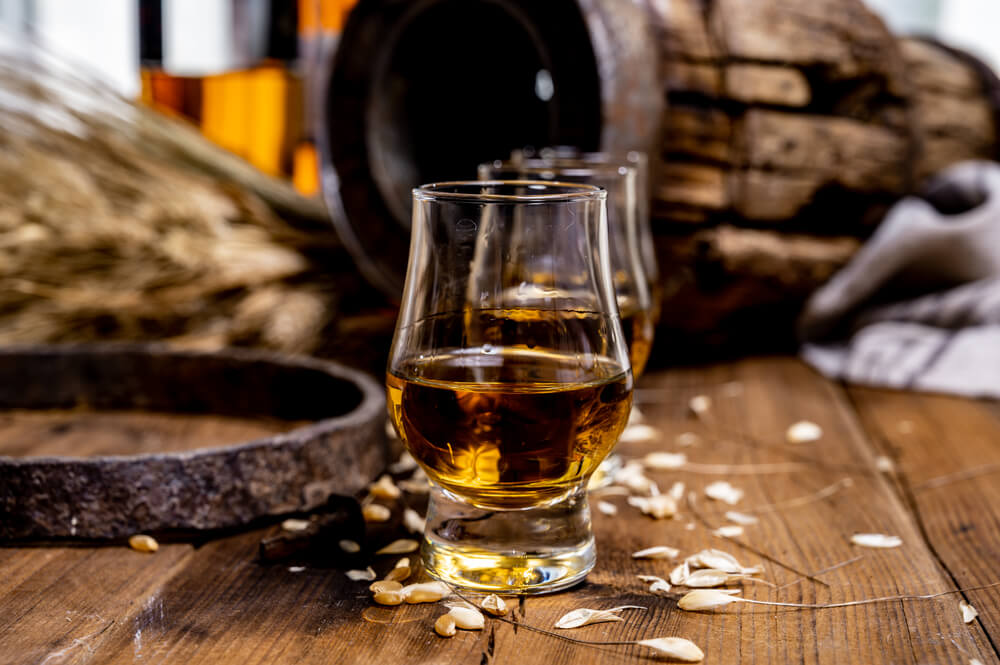 Speyside, Scotland, is home to around 50 distilleries, making it the most highly concentrated region of whiskey producers in the country. It’s known for being the source of some of the best single malt whiskeys globally, including legendary brands such as The Glenlivet and Macallan.

In this post, we’re inviting you to join us on a deep dive into the elegant and earthy notes of Speyside Scotch whiskies. We’ve put together a list of the essential Speyside whiskies for every from burgeoning whiskey connoisseurs to Scotch experts.

The Benromach distillery went through a rough patch in the 1980s and was forced to shut its doors in 1983. However, Gordon and MacPhail “rescued” it in 1998, and Benromach has been going strong ever since.

Benromach’s 10-year-old, is the quintessential Speyside whiskey. Peaty on the nose and bottled at 43% ABV, it’s the ideal way to introduce someone to the Speyside character.

Most of its aging is done in Bourbon barrels, and it’s finished for a year in sherry casks. This aging process is not uncommon and produces a fruity and woody whiskey that’s pleasing to most palates.

Known to every whiskey lover around the world, The Glenlivet claims to be the first legal distillery in Scotland. It has been producing some of the world’s best single malt since 1824, and it’s the best-selling single malt Scotch in the US.

The core character of Glenlivet 12 is light and even flavor. You’ll get some vanilla and malt on the nose with hints of sugar and citrus. The flavor is equally light, with malt dominating the palate. Despite the impressive resume, The Glenlivet 12 is relatively affordable and a great way to show newcomers to Speyside Scotches what they’ve been missing out on.

Another classic and typical Speyside whiskey, Craggamore, is unpretentious and fresh. In fact, the British multinational Diageo selected Cragganmore to represent Speyside in its Classic Malts of Scotland collection.

Cragganmore is known as a distinctly sweet and light whiskey thanks in part to a unique still design. On the nose, you’ll sense some various fruits, including apple and pear, along with undertones of vanilla and caramel. The flavor is uniquely creamy and sugary with an even maltiness.

Cragganmore is a great whiskey for a more experienced Speyside enthusiast to expand his or her palate and experience some characteristic Speyside flavors that more popular brands might lack.

This reasonably priced Scotch is the picture of easy drinking and a strong contender for Glenlivet’s crown. A distinctly subdued profile characterizes Glenfiddich, which makes it ideal as a starter drink or something to sip on in good company.

Most people find it inoffensive both on the nose and on the palate, with hints of caramel and vanilla throughout. If anything, it’s a bit flat compared to some of the other regional Speyside whiskies.

However, Glenfiddich lovers mostly agree the quality has dwindled slightly in recent years. It was a gold medal winner at the International Wine and Spirit Competition of 2007, but its current state is somewhat inferior. 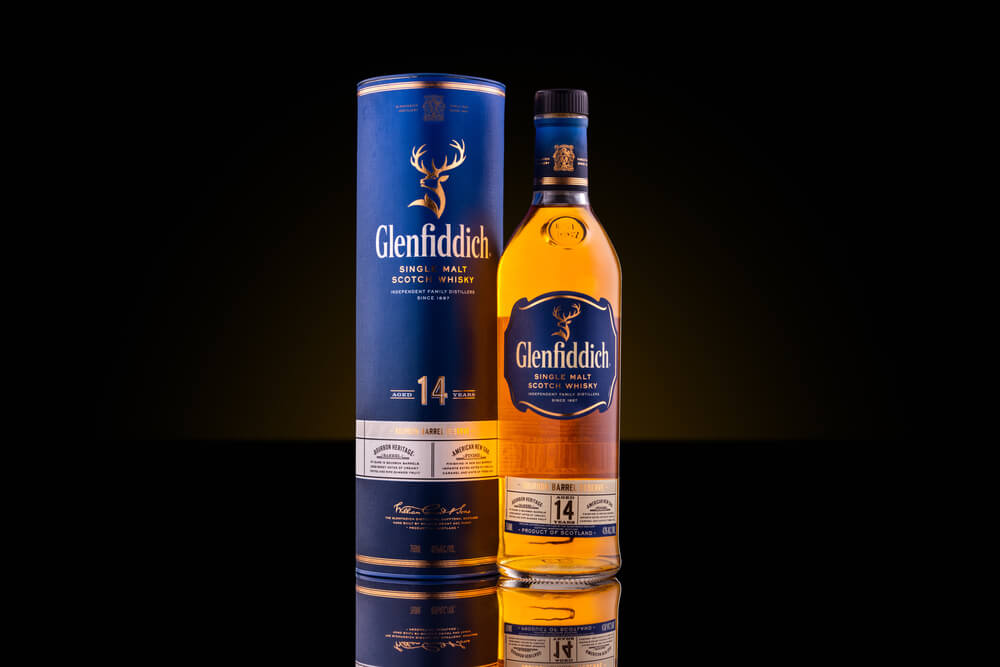 If you were to go on a tasting spree of all the Speyside whiskies, you could think of Macallan as the end-of-tour Scotch. It’s one that many single-malt lovers eventually land on and decide is their ideal whiskey mate. And there’s certainly a lot to love about it.

For starters, there’s a wide selection to choose from. We list the 12-year-old here, but you can consider that a starting point and explore any of the dozens of offerings from the distillery. And that’s not even counting the special bottlings.

The distillery is so obsessive about casks and the barreling process, it has a Master of Wood who hand-picks barrels in which the whiskey will be aged.

It forms the trifecta of top single-malts alongside The Glenlivet and Glenfiddich.

Glenfarclas won’t be everyone’s favorite, but the people who like it swear by it. It’s characterized by an intense sherry flavor from spending most of its maturation process in sherry casks. While sherry aging isn’t uncommon for single-malts, Glenfarclas takes it to a whole new level.

In terms of flavor, Glenfarclas appeals to drinkers who like sweet and fruity whiskies and don’t want peat and malt to overpower their dram. And make no mistake, this is not a lightweight by any means. Glenfarclas won the 2007 Single Malt World Cup.

As mentioned, you’ll get a lot of sherry from this whiskey, on the mouth and nose. As a medium-bodied Scotch, chances are most people will find it palatable.

What is a Speyside Single Malt?

Before you start throwing some terminology about without being sure of its meaning, it’s worth briefly explaining what makes these whiskeys so special. Speyside is simply a region of Scotland.

In reality, it’s a subsection of the Scottish highlands, but it depends on who you ask. For instance, Macallan is labeled as a highland whiskey, but the distillery is located in the Speyside region.

Single malt simply refers to a whiskey made by a single distillery in contrast to a blend, which incorporates whiskies from several distilleries. 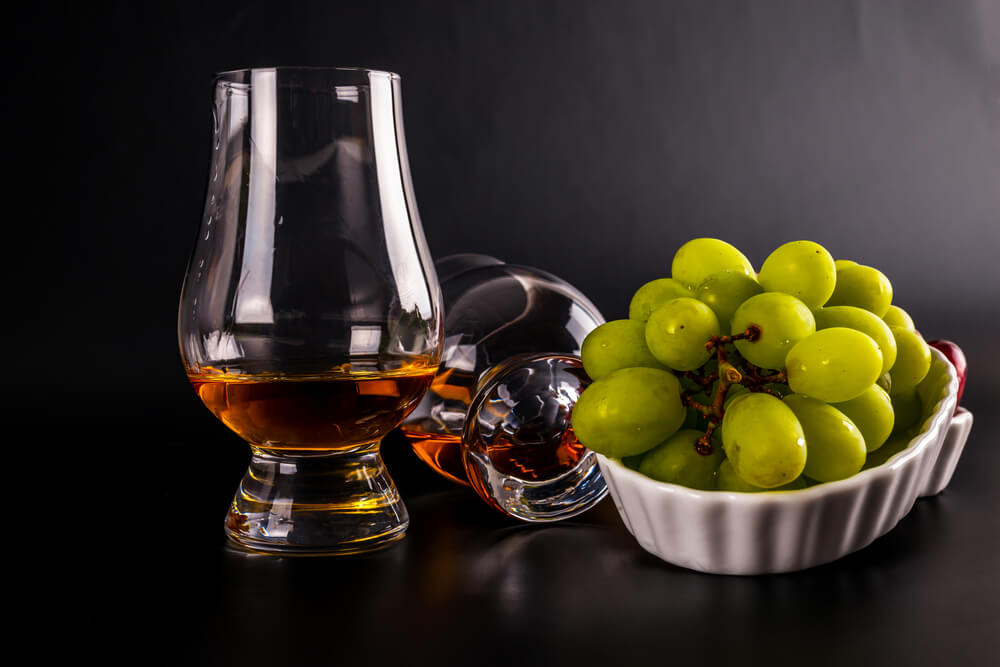 Why Are Speyside Single Malts Special?

Speyside refers to a geographic region and doesn’t necessarily translate to a specific flavor or type of Scotch. However, distilleries in the region do favor certain processes and ingredients. Many people agree Speyside single malts can be recognized by an even flavor profile and relatively light body.

Generally, experts agree that the whiskey traditions in Speyside are among the best in the world, and you’ll probably see that reflected in the price of bottles coming from the region. Several of the single malts from Speyside have at times held the honor of being the world’s most expensive whiskey.

Additionally, most of the Scotch made in the region has an age designation, and 10-year single malts are quite common. If you’re used to drinking bottom-shelf Scotch, you’d be surprised at how much complexity the aging adds (and consequently price).

Some whiskey historians trace the Bourbon-making heritage of the South all the way to the Speyside region. Scottish immigrants probably brought whiskey to the new world, and today it’s as much a Southern drink as it is Scottish.

What’s With all the Glens?

Browse through any list of Speyside single malts, and you’re sure to pick up on an obvious pattern. There are a lot of Glens—Glenlivet, Glenfiddich, Glenfarclas, Glenallachie, Glenrothes, etc.

There’s no big secret here, nor is it some closely-held secret. These distilleries are simply named after the river or region they’re near. The word “glen” means valley, so Glenlivet is the valley of the Livet river, etc.

A Single Malt for Every Occasion

What you have here is just a sample to get you started on your single malt journey. From here, you can look for more obscure distilleries, such as Knockando and Strathisla.

And if you want to try some classic single malts from Speyside right in the heart of Miami paired with the finest Southern food you’ll find, call us today or reserve a table on our website. We’d be happy to help you choose an excellent Scotch, and we’ll throw in an entree recommendation while we’re at it.

Is your favorite single malt listed here? Do you think it should be? Let us know right now in the comments below!