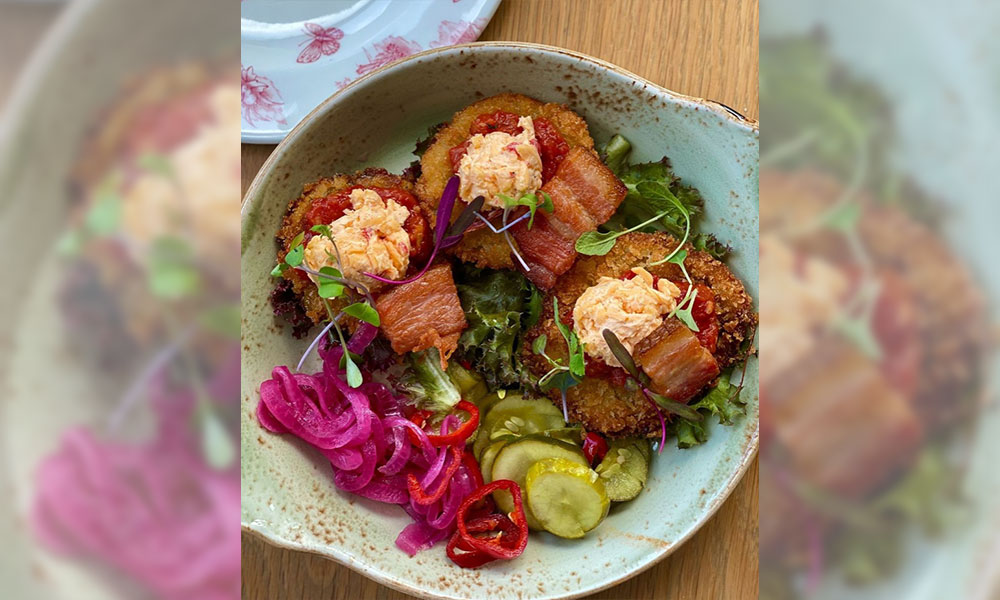 Outstanding Recipes With Bacon You Should Try At Home

Have you had it by now? If you have, you already know how great it is. There’s no need for us to advertise bacon dishes and why cooking with bacon is the first thing you should learn in the kitchen.

Food with bacon simply has a different feel to it. It’s like the forbidden fruit that tastes extra sweet.

There are still ways to make this tasty miracle an even better meal. Check out our unique bacon recipes and see how.

We’ve gathered only the most outstanding recipes with bacon that most people don’t know. Keep reading and enjoy bacon delicacies you’ve never had so far.

Talk about unique bacon recipes! Have you ever had a bacon breakfast pizza? And it’s so easy to make.

Check out the ingredients list and the instructions, and start making your new favorite breakfast.

Cooking with bacon is sometimes simple, but there are bacon dishes that require some skill to make. So, to make these recipes understandable for everyone, we’ve separated the instructions into simple steps.

This way, even the beginners can enjoy making food with bacon.

We’ll start by preheating the oven to 400 Degrees F. Grease a 15x10x1-in pan and set an unrolled pizza dough on the bottom.

Make sure it covers the sides, then prick thoroughly with a fork. Before baking the dough, brush it with one tablespoon of olive oil.

Leave the pan in the oven for about 7-8 minutes, or until it becomes light brown.

While the dough is in the oven, whisk together the eggs and the water you previously prepared.

Heat the remaining olive oil in a nonstick skillet. Then, you can add the eggs. Cook them until there are no liquid pieces while stirring occasionally.

Spread the eggs all over the crust, then sprinkle with bacon bits and a mix of cheeses.

Put the pan back in the oven and bake until the cheese melts. This usually takes about five minutes.

It likely isn’t your first thought when thinking about recipes with bacon. But, this turkey corn chowder is on the list for a reason.

It uses Thanksgiving leftovers and tastes as it came straight from our grandmother’s kitchen.

Give this chowder a shot and see why it’s one of our favorite ways of cooking with bacon.

Many unique bacon recipes start by preparing the main ingredient. This one does the same.

Cook the bacon using a Dutch oven while stirring occasionally. Use a slotted spoon to take out the pieces, which you should drain with paper towels.

Reserve 1/4 cup of the drippings in the pan, and discard the rest.

Add the vegetables (except for the corn) into the pan and cook over medium heat until they become tender. This process usually takes less than 10 minutes.

Stir in the flour until it becomes blended. Add chicken stock gradually while whisking it in the mix.

Bring everything to a boil while stirring constantly. Cook and stir for two minutes.

Reduce the heat and cover the pan. Cook for about 20 minutes with occasional stirring.

Top each bowl with some of the remaining bacon, and your turkey corn chowder is ready.

Give it a go and see why it’s one of our favorite bacon dishes.

Who thought something with this short of an ingredients list could be among our favorite recipes with bacon.

Nonetheless, this popovers recipe proves that food with bacon doesn’t need to be heavy for the stomach.

Check out this recipe and learn it in no time.

Firstly, get a large bowl we’ll use to make the batter.

Then, beat the eggs and add milk to the bowl. Combine the flour, cheese, and salt, and add that to the mixture. Cover and leave the bowl at room temperature for the next 45 minutes.

It’s time to preheat the oven to 450 degrees F. While the oven is working its magic, get a large skillet and cook the bacon crisp.

Remove the strips using a slotted spoon and dry them off with a paper towel.

Take some of the drippings to grease the popover pan, and set it aside.

Next, you should mix the bacon into the batter and fill the prepared cups to about two-thirds capacity.

Bake for about 15 minutes, then reduce the heat to 350 degrees F without opening the oven door. Let the popovers bake until reaching a golden brown color.

This shouldn’t take more than 15 minutes, but make sure you don’t underbake the batter.

Losen the edges of the popovers with a knife, then take them out of the pan. And that’s it. The popovers are ready to serve.

Noone’s getting sick of the cheese and bacon combination any time soon, but we figured we’d give you a different look at the very well-known mix.

The ingredients list is fairly short, but the flavor will have you coming back to this recipe.

Preheating the oven at 375 degrees F is your first step.

While the oven is reaching the temperature, mix cream cheese, onion, and milk in a small bowl. Flour a working surface and use to unroll the dough into one long rectangle.

Spread the cream cheese mixture over the dough. Then, sprinkle everything with bacon and roll up jelly-roll style.

Cut the rolls crosswise using a serrated knife. The slices should be about 1/2 long.

Place them on a baking sheet and bake for about 15 minutes.

Once the pinwheels are cooked, take them out of the oven and serve.

It’s ok to keep leftovers for later, as long as you refrigerate them.

Grab Brunch at Root and Bone

If you’re ever feeling hungry in the Miami area, visit Root & Bone restaurant and give our menu a shot!