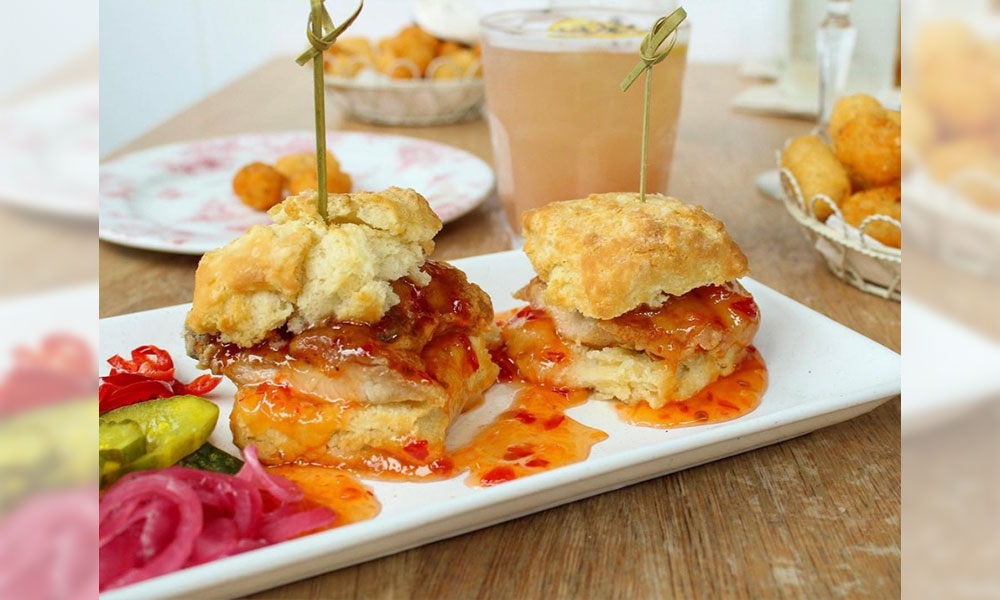 Know Your Food: What Is Soul Food Cuisine?

No matter which part of the States you’re from, you’ve likely heard about the greatness of soul food cuisine.

Southern food has a reputation. All over the country, it’s believed that meals from this part of the nation are on a different level of excellence.

But, if you aren’t from the area, you probably don’t know much about southern food and what American soul food truly is. Luckily, you’re in the right spot to learn.

We’ve gathered some of the most important information on soul food cuisine and put it in this article.

And, to try the Best Southern food in Miami, visit Root & Bone restaurant.

What Is American Soul Food?

Many people use the term “soul food” for any type of African American cooking, but in fact, it’s only one part of it. Soul food cuisine is the cooking of landlocked areas of the Deep South.

Soul food is a mix of many immigrant cultures, so it fuses the cookings of Western Europe, West Africa, and the Americas.

It’s also important to note that South Carolina soul food and the Creole cuisine of Louisiana are two different types of soul food.

Where Did the Term Come From?

At first, the term “soul” was associated with music. The gospel sound becoming more present in jazz music during the 1950s was mainly called “Soul.”

The term then spread to different parts of black culture. After “soul music” came “soul brother” and “soul sister.”

What Does an American Soul Food Meal Look Like?

If there’s one thing we’re sure we can’t miss, there will be plenty. No matter which type of soul food lunch you go to, there will be more than enough food on the table.

Now, other parts of the meal may vary, but a typical American soul food lunch looks similar to this.

You’ll often find yourself at a table with more than one entree with soul food. There are multiple options possible, but these seem to be the most common.

Talk about serving plenty. The sides will keep you full for a while. Most of them are pretty heavy, so try grabbing something green to help your stomach.

A typical soul food meal will likely feature some cornbread, a muffin, some beverages, and dessert. Peach cobbler, banana pudding, or a delicious pie could all be waiting at the end of this feast.

What are the Different Types of Soul Food?

Traditional soul food has developed three subcultures that are relatively popular around the United States. Firstly, there’s “Upscale Soul.” Those who enjoy it have decided to take soul food to a new level. They use extravagant ingredients like duck fat and heritage meat in their dishes.

The complete opposite is the second subculture of soul food called “Down Home Healthy.” They try to enjoy traditional cooking with some healthier ingredients. So they use sugar substitutes instead of the real thing and vegetable oils instead of butter.

The third version may surprise you. It’s vegan soul food. Though many think this can’t work, it’s part of soul food’s origin story.

Why do People Criticise Soul Food?

It seems as if everybody has something to say about soul food. First, there are people worried about the health of the consumers. They believe that this type of food needs a warning before being consumed in larger quantities.

This isn’t entirely true. Though there are some greasy meals in this type of cuisine, there are healthy parts, too.

Nutritionists encourage us to eat more dark, leafy greens, sweet potatoes, and fish. Many people forget about these foods in their diet, and soul food is a way to get them all at once.

On top of that, the preparation method can be an issue sometimes. So instead of deep-frying, try baking some of the meats to keep things healthier.

Many people will comment on your soul food simply because you made it. There’s an unspoken competition to who can prepare the best traditional meal, and your friends might pretend not to like it just to tease you.

Why Eat Soul Food at a Restaurant?

We’re at a point in history when most soul food places that opened in the 60s and 70s are closing. Their owners are retiring, and there are fewer places to get soul food.

Some of their sons and daughters are continuing the legacy, but with covid and other difficulties of keeping a restaurant open, things are troubling for them.

If supporting local shops isn’t enough for you, think about the time you’ll have to spend in the kitchen. Soul food requires proper dedication and a few hours of your day to make everything correctly. So if you don’t feel like spending your afternoon cooking, visit a local soul food restaurant and enjoy a traditional meal.

How to Start Making Soul Food at Home?

Getting into soul food may seem a bit intimidating at first, but when you take a better look into it, the single dishes aren’t that difficult to make. Mac and cheese, mashed potatoes, and many common soul food meals have pretty straightforward recipes. So, don’t get discouraged if your first batch of pork chops isn’t the best.

You can start by getting one of these cookbooks and following their instructions. They’ll guide you through meals of various difficulties and help you learn your way into soul food.

If you’re ever in Florida and wish to get some real American soul food, visit Root & Bone and give our menu a shot.