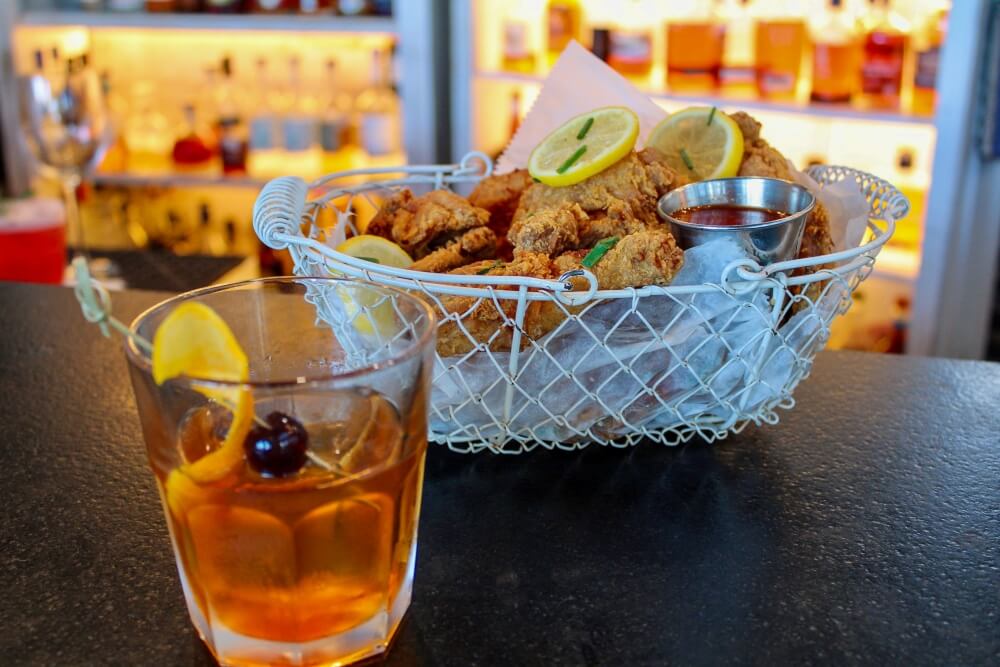 Know Your Drink: All You Need To Know About Whiskey

Being a drink enthusiast can look quite appealing on TV. Ordering a drink by name, saying how you want it prepared, and identifying unique drinks by taste appears cool and mysterious. It looks even better if that drink is whiskey.

Most men have wanted this power at least once in their life. Unfortunately, with no whiskey knowledge, you can only look like an amateur who’s ordering something they know nothing about.

How is whiskey made? What is whiskey made from? These are the basics every real man should know. Can you even claim that you know what whiskey is if you can’t answer these questions?

Many people don’t know. However, this blog is the right place to get your answers.

Read on, and learn about whiskey.

Do you want to learn about whiskey? Start by analyzing its name and origins.

Our favorite drink’s name derives from “Uisge beatha.” In Gaelic, this phrase means water of life. Considering the captivating nature this liquid has, it’s fair to say that its name is more than fitting. It makes every consumer feel alive like the water of life should.

There are some uncertainties when it comes to spelling the drink’s name, though. You’ve probably seen both “Whisky” and “Whiskey” written on the label. Neither is incorrect, but as it usually goes, some parts of the world have different spelling than what we’re used to in the United States.

Canada, Scotland, New Zealand, and Japan are the countries where you’re likely to find bottles of “whisky” on the liquor store shelves. On the other hand, Ireland and the USA use “whiskey” as the correct spelling.

You can now make an educated guess on where the whiskey is from by noticing the spelling. Don’t consider this a bulletproof way of knowing the whiskey origins since some American companies use “whisky” as well.

How Is Whiskey Made and What Is It Made From?

What Is Whiskey Made From?

Many people drink whiskey cocktails when they go out but still don’t know what whiskey is made from. You may be surprised to hear that your favorite drink usually comes from a mash of a few different grains. Barley is the one grain you can expect to be in the mix at almost all times. Other than that, wheat, corn, rye, and others also may find their way into the blend.

How Is Whiskey Made?

Most high-end distilleries use pot stills to make their whiskey. What is a pot still, you ask? It’s an apparatus used to make drinks such as whiskey and cognac. In fact, by law, Irish and Scotch malt whiskey and cognac must be made in this type of instrument.

Pot stills are made in various sizes, depending on the distillery’s needs. The shape of the dish isn’t set in stone either, but the material is. It’s copper, and for a reason. Copper plays a vital role in the distillation process. It removes the sulfur-based compounds from the alcohol, which makes it drinkable.

After the distillation, whiskey is stored in casks for 1 or 2 decades. Because of wine and how it ages, most people think the older the whiskey, the better the drink. However, after 10-20 years, this isn’t the case. In fact, keeping the whiskey for too long may hurt the flavor. The reason for the older bottles to be more expensive is their limited availability on the market, not the quality.

Where Is Whiskey From?

It’s pretty simple actually – the more the grain, the better the whiskey. That’s why the countries with the best grains produce the highest quality of the whiskey. Since most historians claim that it originates from this country, Scotland is the correct answer to the question of “Where is whiskey from?”. Nowadays, it can come from anywhere in the world.

However, the most dominating forces in today’s market are Ireland, Canada, and Japan. Most of these products still end up in the United States. It seems that these days, Japan has the most consistency in making whiskey of the highest quality. That’s why we see more and more Americans switching to Japanese brands.

Walking into a liquor store can be a bit overwhelming at times. Looking at all of those different bottles and not knowing what separates them from one another isn’t a pleasant situation to be in.

Learn about whiskey types and buy a drink like a pro next time you visit the liquor store.

Let’s start with those who gave us the drink – The Scots! This type of whiskey is made in Scotland and can be produced from either malt or grain. It’s worth mentioning that malt means that the drink was made primarily from barley, and grain whiskey uses multiple sorts of grains.

There are serious whiskey-making laws in Scotland assuring the quality of the liquor this country provides to the world.

The Irish are proud to call their whiskey the smoothest on the market. And we can’t complain. Most Irish whiskeys are smooth to drink by themselves. So, if you prefer something neat, give the Irish a shot.

The Japanese came into the whiskey-making business later than other market-leading countries. However, they have indeed been making a name for themselves in the past decades. Nowadays, some of the world’s top whiskeys are Japanese.

Their taste usually resembles Scotch quite well. This comes from the Japanese distilleries using similar methods and apparatus to produce the liquor.

Canadian whisky doesn’t have the same flavor as most of the other popular options on the market. The difference comes from the Canadians using corn to make their liquor. In fact, most Canadian whiskies contain a high percentage of corn and rye. However, this makes the drink lighter and smoother to consume.

Bourbon is the American take on whiskey made from corn. To be exact, the drink needs to be at least 51% corn to be considered bourbon. Also, it must be aged in a new oak barrel and produced in the USA.

Made from at least 51% rye and followed with corn and barley, rye whiskey is another popular product from America. It follows bourbon’s distilling process but has a flavor that doesn’t resemble its American relative. Instead, rye whiskey is spicier compared to the sweet nature of bourbon.

State law even requires all producers to make their whiskey inside the state of Tennessee and use specific steps in the process.

Try the Best Whiskey in Miami

If you’d like to try high-quality whiskey and you find yourself in the Miami area, visit Root&Bone restaurant. We have a large selection of whiskey styles and the best food to pair with the drinks.