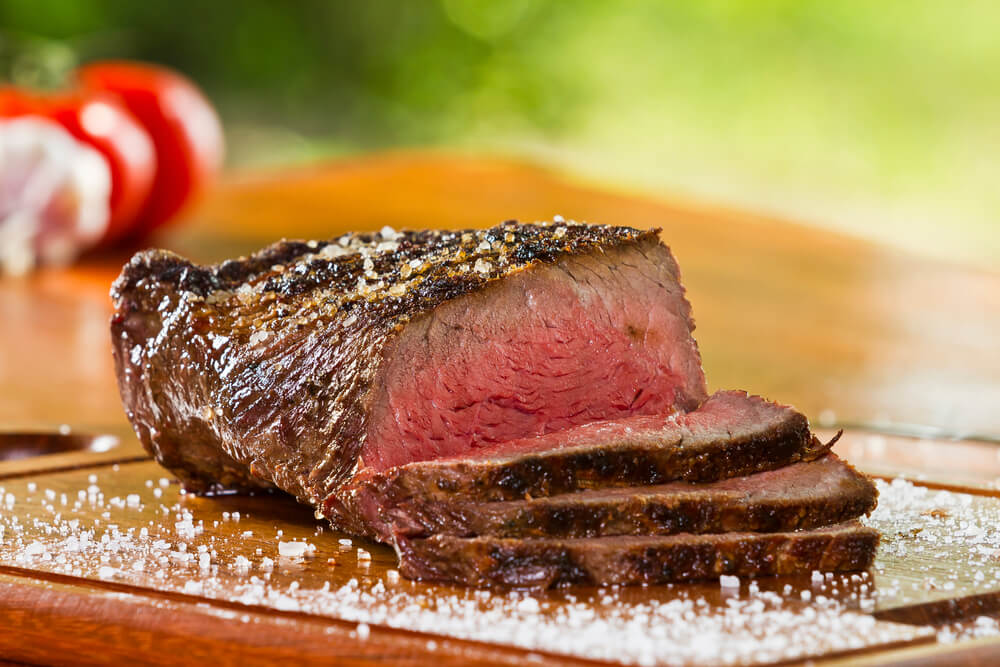 How to Cook the Perfect Churrasco

You’ve probably heard the word “churrasco” quite a lot if you’ve spent time in Florida. There seems to be a churrascaria on every corner these days.

Despite the popularity, there seems to be a lot of misunderstanding about what kind of meat is churrasco and how to cook it properly. Which is a shame because a perfectly-cooked churrasco is a unique culinary experience.

So in the interest of helping you learn a little about this fantastic cut of meat and how to cook it, we’ve put together this guide. Here, you’ll find the technique to cook this type of meat perfectly along with some of the best marinades to use for it.

What is Churrasco, Really?

Before jumping into cooking methods and recipes, let’s clear up some of the misconceptions about churrasco. The first thing to understand is that it’s a cut of meat and it’s also used synonymously to mean barbecue, more generally.

When you go to a churrasqueria (or churrascaria), you can expect a steakhouse vibe. In the US, we know churrascarias as Brazilian steakhouses. That is to say, an all-you-can-eat, grilled meat bonanza with runners coming to your table, skewered meat in hand.

That’s one meaning of the term. The other is a cut of meat, and here there’s some disagreement. In some parts of Latin America, churrasco is any cut of beef that’s grilled and sliced into thin strips. However, the term is used more specifically to refer to skirt steak, and sometimes flank steak.

Skirt steak is a beautiful cut from the underside of the animal around the ribcage. It’s a thin cut of meat with long fibers going across, dotted with connective tissue, making it look like, well, a skirt.

Novice cooks often avoid it since it takes a bit of experience to get it tender without overcooking it. However, this apprehension is misplaced. Skirt steak is actually quite easy to cook, with the right approach. 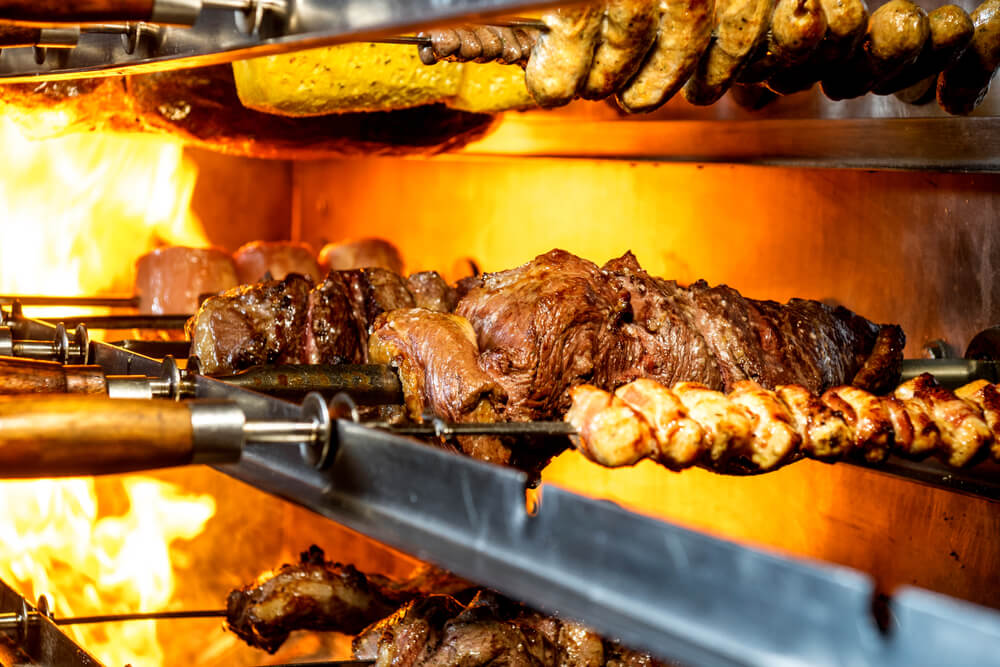 How To Cook The Perfect Churrasco Steak

The thing you need to know about skirt steak is that it’s quite forgiving. If you miss the mark by a few degrees, it’s not going to hurt the end product all that much. So put away the thermometer, and let’s get busy. Here’s what you’ll need:

There’s not a lot of science that goes into picking out skirt steak. Like any cut of meat, look for pink, healthy color, and try to buy it as fresh as possible.

Then, pat the steaks dry with a paper towel. Too much moisture will braise them and turn them tough and chewy. Once dry, season generously with salt and pepper and set them aside.

Now, you’re going to get your skillet nice and hot. Place it on high heat for about 5 minutes, and in the meantime, pat the steaks dry one more time. When you’re ready to place them into the searing-hot skillet, cover them generously with olive oil. Don’t add oil to the skillet itself to avoid creating too much smoke.

Place the steaks into the pan and do not move them. This is going to be the most difficult part for a lot of home chefs. But you have to resist the urge. You can peek a little bit but don’t pick up the steaks once you put them in the pan.

You’re going to flip them exactly one time, no more. After about 2 or 3 minutes, peek at the underside of the steaks, if they’re browned, turn over, and cook for another 2-3 minutes. Once both sides are browned, the inside will be medium-rare, which is the ideal way to serve skirt steak.

Take them out of the skillet and let it rest for 10 minutes. You can’t rush this, and if you have a particularly large steak, you might need to let it rest for as long as 30 minutes. After it has rested, slice the steaks into thin strips against the grain. It’s impossible to overstate how important it is to slice it against the grain of the muscle fibers to avoid rubbery bites of tough steak.

That’s your basic technique. Get this right and you can start getting really creative with the marinades you use. Skirt steak is relatively lean, so it likes to be marinated and we’re gonna get you started with three of our favorite marinade recipes. 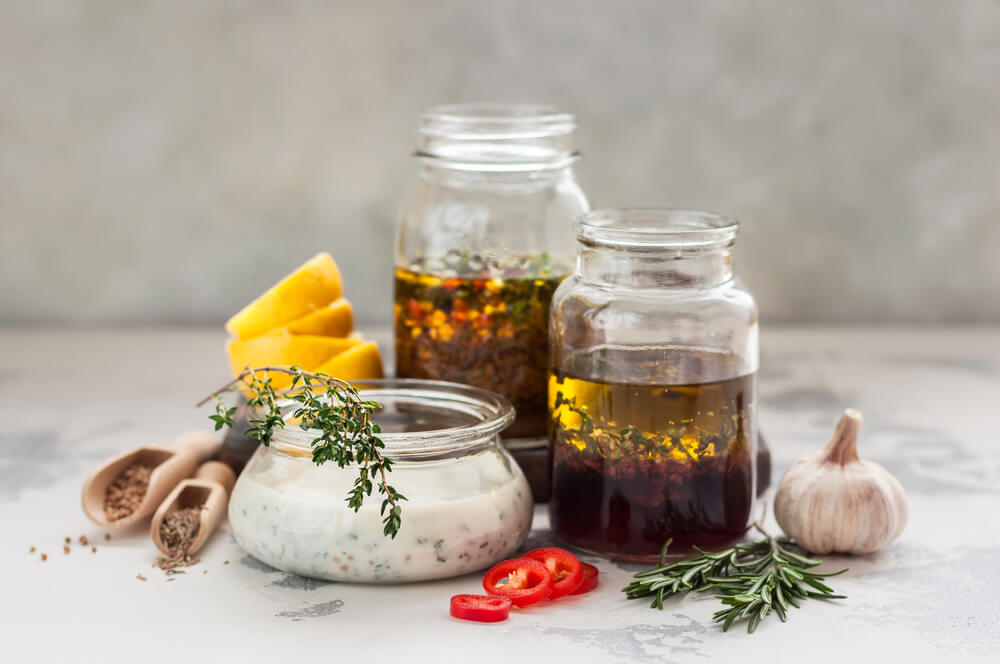 The key to any good meat marinade is balancing three elements: fat, acid, and spices. If those three are in sync, the sky’s the limit of what you can achieve.

Chimichurri is a sauce typically served alongside grilled meat. However, it makes for a great marinade as well. Here are the ingredients you’ll need:

That should yield about two cups of marinade. Marinade the steaks for at least 3 hours but it’s best to leave them overnight.

This marinade (pronounce mo-ho) is Cuban in origin and uses citrus for an acid kick instead of vinegar.

And, of course, we couldn’t ignore our Southern roots. This Cajun marinade is sure to impress and it’s perfect for churrasco.

This will give your skirt steaks a real Southern flair. But there’s authentic Southern cuisine near you right now at Root & Bone if you’re in the Miami area. Our Char Grilled Churrasco steak is the stuff of dreams.

Churrasco That Will Knock Your Boots Off

We hope this dispelled some of the mystery around churrasco for you and taught you a thing or two about how to prepare it. It’s really just skirt steak, and getting it right isn’t all that hard once you get the hang of it.

And once you master the simple technique, you can go all out and experiment with the marinade recipes. We’d love to hear which of the recipes listed above you’re most excited about.

We’d love for you to join us in celebrating Southern food the way it’s meant to be. Reserve a table right now and we’ll see you then!