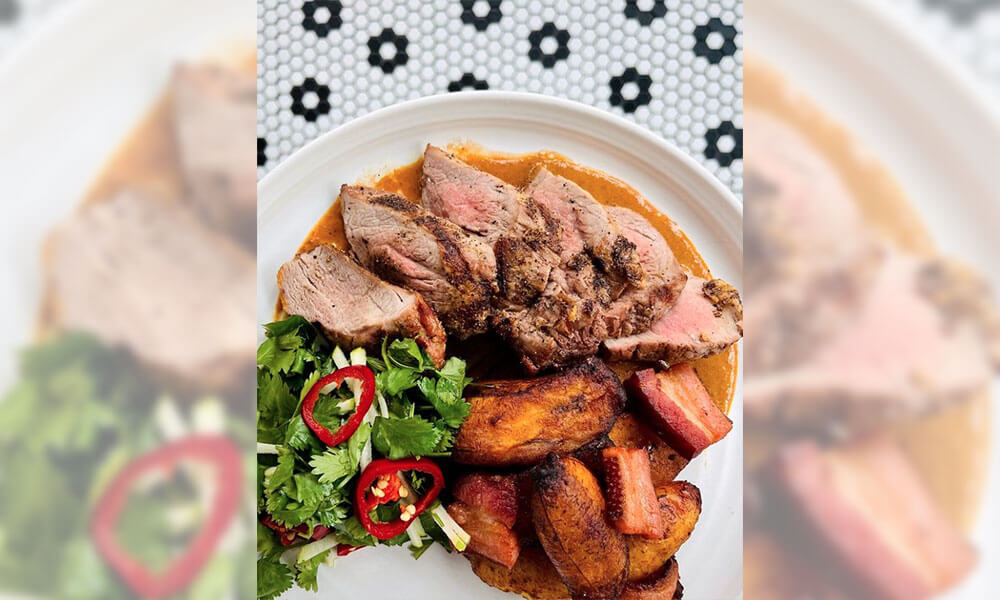 Not many things can compete with the flavor of a well-marinated and properly prepared piece of meat. Have you ever tried marinated pork? If you have, then you know why we love it so much.

However, if it’s your first time running into a pork marinade recipe, you’re in for a hell of a surprise. A simple marinade for pork meat won’t require a long list of ingredients and complicated instructions but will leave you with a complex taste you aren’t used to feeling.

So, wait no more and start marinating pork!

We’ll give you a list of the best pork marinades and let you choose your favorite one. Give them all a try and see which one fits your taste buds the best.

It’s time you started mixing meat and fruits in your cooking. That’s precisely what we’ll be doing with this recipe.

If you’re in the mood for a Hawaiian specialty, grab a pineapple and start prepping the meat. This pork marinade recipe works on any part of the pig, so you don’t have to worry about recognizing meat cuts.

Start by gathering the ingredients and mixing them. It’s important not to do this in a metal bowl. Leave the mixture and let it rest for at least 15 minutes. It’s OK to leave these pork marinades in the fridge for up to seven days.

When it’s time to use the mixture, take it out of the fridge and combine it with the meat. Marinating pork doesn’t require much work, but it will take some time until you have marinated pork on your plate.

Once you cover the meat with the mixture, leave it in the fridge overnight, or at least for two hours.

This simple marinade for pork meat can also be used as a sauce. That way, you can try it while cooking or eating the meat. So, make a bit more than you need for the first part.

Just make sure to separate the marinade and the sauce to avoid cross-contamination.

If you have a couple of pork chops and aren’t sure how to make them unique, this is the way to go. We’re all tired of the same old fried chop that tastes the same as the previous. It’s time to change that, and our simple marinade for pork chops will do that amazingly.

Let’s see what goes into the mix.

Start by combining all ingredients in a small bowl. Mix until the brown sugar dissolves. Then, store until it’s time to start marinating pork.

If you store it properly, you can keep this mixture refrigerated for five to seven days. So make sure the container is airtight!

This amount of marinade will be enough for four pork chops. Adjust the numbers if you have more people coming over.

To start the marinating process, put the chops in a plastic bag, and pour the liquid on top. Ensure the entire pieces are covered in your premade mixture and leave them in the fridge for the next 4 to 12 hours.

Like the pineapple mix, you can use this marinade as a sauce or a baste. Simmering it on low heat will allow the mixture to thicken and get a sauce-like texture.

If you’re Jamaican, you’ve likely had jerk marinated pork by now. But if you aren’t, get ready to be amazed. This recipe will bring Caribbean flavors deep into the meat and let you feel the unbelievable taste of this region.

Jamaicans use this type of rub on everything from goats to chickens, so there must be something extraordinary about it. Let’s see what makes it so special.

Start by gathering all ingredients and putting them in a blender. It would be best to do everything in one batch, but feel free to split up the mix if your blender isn’t large enough.

Blend the ingredients until the mixture reaches a smooth texture. You can use this marinade right away or keep it refrigerated. It’s best not to leave it in the fridge for longer than seven days.

When it comes to the versatility of use, jerk spices are more than pork marinades. You can use them with chicken and vegetables just as easily.

However, they would need less time to marinate. Four hours would be enough for a batch of chicken, and vegetables are good after a quick 30-minute dip.

When it comes to the pork, leaving it in the marinade for eight hours is your safest bet for great results.

Teriyaki flavoring is many people’s favorite, and that’s why we must include this Asian twist on our top marinades list.

Of course, there are a bunch of alternatives that you can pick up from the store. However, you’ll avoid all the preservatives and unwanted ingredients by making your own sauce. And, you’ll get to implement any ideas you may have to improve the marinade and make your pork even more delicious.

Check out our list and see how to make this recipe.

Once you know the ingredients, there isn’t much science to making this recipe. Cut the green onion into thin pieces, mince the garlic, and combine it with the rest of the ingredients.

Put them all in a bowl and stir gently. That concludes the process of making this marinade.

You can store it in a fridge for seven days or use it immediately.

Marinating any red meat will require no less than four and no more than 24 hours. When it comes to chicken and other poultry, cutting that time in half would give the best results. And fish and vegetables will be ready for the pan after an hour in this spice mixture.

Grab a Meal With Us

Miami is full of great places to grab dinner and have a meal with friends. However, some places always stand out from the crowd.

Visit Root & Bone restaurant and see what makes us unique to all of our regulars. And, of course, grab dinner and a cocktail to test our bartending and culinary skills.