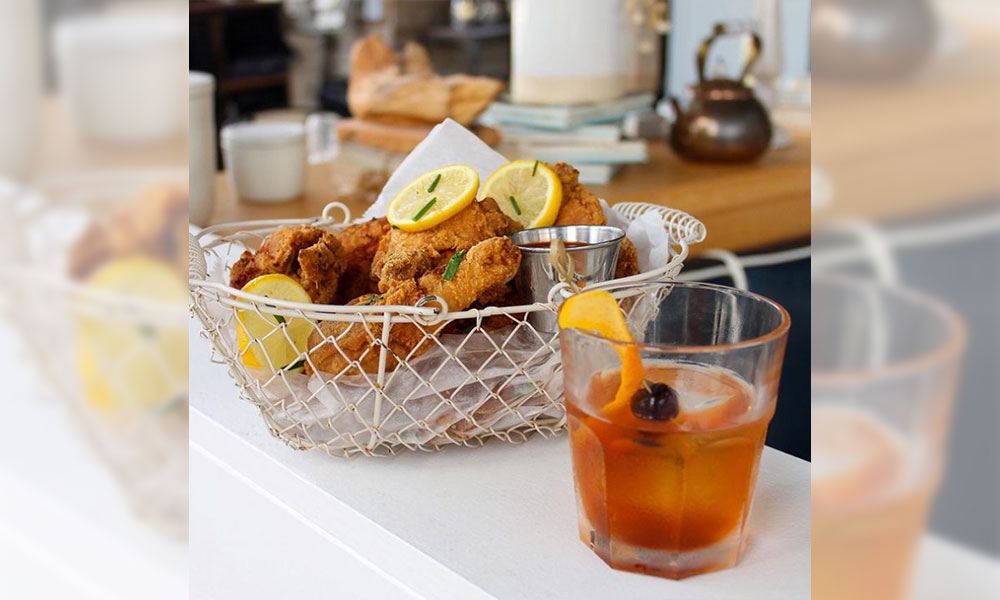 Drinking cocktails at the bar just feels different than sipping on a plain ol’ beer bottle every few minutes. It just does, right?

If you feel mature enough to switch from beer to something a bit more complex, going for bourbon cocktails might be the solution for you. There are more options to choose from, and you’ll get to taste a variety of flavors while sticking with your favorite liquor.

Popular whiskey drinks include classics like the Old Fashioned or a Whiskey Sour, and lucky for you, we’ve gathered the best recipes with bourbon and put them on a list.

So read on, and check out the best bourbon mixed drinks you can find at the bar.

What’s a better way to begin than with the drink that started it all? Invented in the early 1800s, the old fashioned was the first cocktail ever created.

Many people don’t give this classic the praise it deserves by saying it shouldn’t be considered a cocktail at all. These complaints come from the simple ingredients and the easy recipe the old fashioned has. On the other hand, most consumers consider its simplicity a crucial part of the drink’s charm.

Bartenders started mixing drinks in the 1880s and needed a name for the whiskey cocktails they made in the past. That’s when the Old Fashioned was born.

Let’s check out one of the most popular recipes with bourbon you can find.

There really is no room for error when it comes to the ingredients of the old fashioned since it’s one of the bourbon mixed drinks on the IBA official list of cocktails.

This means there are specific ingredients that go into the recipe.

How to Make an Old Fashioned

If you like popular whiskey drinks, you’ll probably fancy the old fashioned as well. It’s almost entirely liquor, so you don’t have to worry about any surprises.

It’s hard to talk about whiskey cocktails and forget about the sour. It’s one of the most popular summer bourbon cocktails for a reason.

Like the Old Fashioned, the whiskey sour has an official definition, so there is no going wrong with the ingredients.

Check out our simple recipe and learn how to make it in no time.

Start by getting the liquor. It’s recommended to get the highest possible bourbon quality, but any whiskey will do the trick if you don’t have options.

Usually, it’s simple syrup. Some people prefer maple since it’s more natural and brings a unique taste to the drink.

Freshly squeezed is always the best option when it comes to juices!

The garnish is a critical part of the drink, so make sure everything looks presentable before serving.

How to Make a Whiskey Sour

You’ll need to know the exact pouring measurements so you can make the drink correctly.

Shake the drink until it’s cold, and pour over a lot of ice.

The garnishing isn’t complicated either. A cherry and an orange slice are all you need to complete the best summer bourbon cocktails.

We know what you’re thinking. The Mule doesn’t contain bourbon! Well, it does when it’s from Kentucky. Let whiskey replace the vodka and try one of the most fun bourbon mixed drinks of your life.

Mule drinks are a part of the buck cocktails family. This means they consist of ginger ale/beer, some type of citrus juice, and liquor. So, based on the liquor they contain, a Moscow Mule is called a vodka buck, and a Kentucky Mule is a bourbon buck.

The Mule has been making a comeback, and lately, we’ve seen it become more popular with the crowd. It’s got an interesting taste, it’s easy to make, and it doesn’t require many ingredients. What more can you ask from a cocktail?

Like the rest of the buck cocktail family, the Kentucky Mule doesn’t have many ingredients. In fact, there are only three:

How to Make a Kentucky Mule

It doesn’t get simpler than this! The Kentucky mule doesn’t require any mixing, so all you need to do is pour the ingredients into the glass.

High-quality liquor is the essence of every good cocktail, but in this case, you might be able to save some money. The Mule is well balanced with lime juice and ginger beer, so getting expensive whiskey might go unnoticed. Instead, keep the top-shelf drinks for some of the more straightforward mixtures.

Of course, using a copper mug is a definite recommendation for serving any mule drink. Once you pour the liquor, lime juice, and ginger beer, all you need to do is add the ice and garnish the glass, and you’re done.

The garnish keeps up with the theme and requires only a simple lime wedge. Try the Kentucky Mule and see why it’s one of the up-and-coming summer bourbon cocktails.

If you’re looking for a refreshing alcoholic beverage with hints of bourbon, then look no further. Bourbon Smash is sweet and tangy, not too strong, and with a whole lot of ice!

This drink is a bit lighter and sweeter than most whiskey cocktails, so even non-bourbon lovers enjoy it. It’s got a citrus spin and herby notes of mint that make it popular with most crowds.

It’s the perfect drink for hot summer days when you’re in desperate need of a proper cool off. So, let’s get into the recipe and learn how to make this summer delight.

The ingredient list isn’t long, but to make a Bourbon Smash, you’ll need some bartending tools as well.

Start by getting a cocktail shaker. This is the first item on most bartending supplies lists, and if you plan on making cocktails at home, get one on time.

You’ll also need a muddler to make this type of cocktail. This tool is used to mash fruits and herbs into a glass to release additional flavor.

How to Make a Bourbon Smash

Getting the tools is the hard part. Once you’ve got them, it’s all smooth sailing moving forward.

Start by muddling lemon and mint in a shaker. Then, add bourbon and maple syrup and shake with ice. Strain the mix into a glass and serve over crushed ice. To top off the drink, add some soda water.

Get Cocktails in Miami

If you’re in the mood for a drink, visit Root & Bone, and we’ll serve you the best bourbon cocktails you can find in Florida.